Latin America: The Materialization of 5G Over the Next Decade 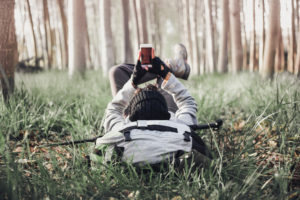 The GSMA Mobile 360 Series – Latin America was held in Buenos Aires at the start of December, and Valid took part along with other companies and players from the industry. Through different presentations and panels, the industry’s primary challenges looking to the future were addressed, and the 5G network was one of the central themes. In this context, the GSMA presented its annual report entitled “The Mobile Economy in Latin America and the Caribbean 2018,” which showed important developments in the region.

The report revealed that there are two significant things occurring in Latin America and the Caribbean, which will allow for the groundwork to be laid for the implementation of 5G networks.

On one hand, there is growing penetration of subscribers in the region, which reached 442 million unique subscribers by mid-2018; this number is expected to rise to 517 million by 2025, accounting for 10% of all new subscribers globally. However, there are different levels of penetration in the region: while countries such as Argentina, Chile, and Uruguay are close to complete market saturation, others, such as Guatemala, Honduras, and Nicaragua, still have relatively low penetration levels.

On the other hand, the adoption of smartphones is accelerating all over the region, in spite of macroeconomic pressures and the depreciation of currencies, which tend to add an additional barrier. By the end of 2017, connections among smartphones reached 417 million, representing 62% of total connections; this proportion increased to 64% in the first half of 2018. Projections for the entire region are for 189 million connections using additional smartphones by 2025, thus reaching an adoption level of 78%.

These two trends are what will drive the deployment of the 5G networks around the region, and, while testing is currently being carried out and some commercial launches are planned for 2019, it is estimated that the share of 5G connections will be around 8% as early as 2025. While this could be seen as quite a low projection, the truth is that investments are still being made in 4G, and the take-up for services with this technology is currently relatively low, at around 35% of total connections. It is expected that 4G technology will surpass 3G as the dominant technology by the end of 2018.

That is why we can state that the impact of the 5G network will be felt within the next decade, when it reaches a total of 62 million connections by 2025. The countries who are seen as leaders in the adoption of this technology are South Korea, the US, and Japan; in Latin America, it is expected that Mexico will be the first market where commercial 5G services are launched.

This technology has sparked a huge interest given its potential to have a transformative effect in Latin America, since as the industry makes the transition from 4G to 5G, mobile services are expected to play an important role in the industry’s key segments, such as mining, manufacturing, agriculture, and smart cities, which will continue to grow. Within this context, the business segment is seen as likely to be the most significant source of incremental revenue in 5G, and that IoT for industrial applications will take full advantage of the new services and capacities available on this network.

Source: Report by the GSMA Association – “The Mobile Economy in Latin America and the Caribbean 2018.”