Titanium, ESDs and No Annual Fee: How Apple Card’s Limited Rollout Was a Smart Manufacturing Move 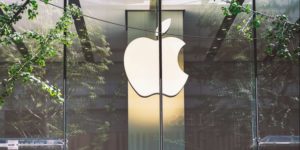 Apple has entered new territory with its first-ever credit card — and the tech giant’s not taking any risks. Before making it available to the masses in August, Apple rolled out the heavy titanium card to only a limited number of targeted users. And from a manufacturing standpoint, that’s critical.

Issued through Goldman Sachs and running on Mastercard’s network, the Apple Card promises to “rethink everything” about credit cards. First, the card functions almost exclusively from the Wallet app — so much so, that the physical card is considered more of a back-up (it doesn’t have a number or CVV). Second, the card’s interface within the app encourages users to pay less interest, with controls that give users options to pay more or less interest each month. Third, and finally, most other heavy cards are made from brushed stainless steel. In true Apple fashion, Apple sets their card apart by using Titanium.

As with most Apple products, and especially for one that is a departure from its usual suite of iPhones, MacBooks and iPads, there has been no shortage of online discussion and media coverage. In fact, hundreds of thousands of users signed up to receive the go-ahead to apply — spelling potential manufacturing issues for Apple.

Previously, titanium credit cards were reserved for small, elite groups, adding to their appeal and limiting their availability. For example, the anodized titanium Amex Centurion Card is invite-only and rumored to only be available for those with a $350,000 annual spend and the cash to swing the $2,500 annual fee and a one-time $7,500 initiation fee. In comparison, the Apple Card, while also titanium, has no annual fee and approves applicants in line with most standard credit cards, listing a 600 point credit score as the minimum threshold for approval.

A slower rollout can prevent a number of manufacturing issues

Piloting is a best practice when a company enters new product territory (especially when hundreds of thousands are in line to receive that product), but in the case of the Apple Card, a large-scale titanium concept is something new for the entire industry. Limiting the number of initial credit cards mitigates potential manufacturing problems that could have occured in a full rollout:

Consumer Experience: As with any new product, Apple must test the consumer experience. Pilot testing for the Apple Card could have determined if there were any Electrostatic Discharge (ESD) issues when users dip the card into chip readers. Since no other card issuer has used titanium in such a large, accessible capacity, testing for any technical design flaws is critical. Also, these cards are primarily contact cards, used for initial enrollment into the iPhone and then at any retailer that doesn’t offer Apple Pay. Testing this enrollment feature ensures that the consumer experience doesn’t suffer before it even begins. Difficult enrollment could encourage users to revert to traditional payment options.

Supply Chain: Apple had to test each step of the supply chain process on a smaller group of people to understand what issues it might encounter during full-scale production. To start, the Apple Card’s manufacturing supply chain is much different than that of a more exclusive titanium card — speedy access to large amounts of titanium could quickly become an issue. Apple had to make sure the supply chain and manufacturing processes enabled an adequate stock of titanium material to produce thousands (potentially millions) of cards. Once created, Apple will then need to mail the physical card to thousands of users which makes shipment and mailing materials another supply chain consideration. Heavy cards must safely travel through mailing machines, while remaining adhered to their carrier throughout the entire process.

From the pilot, Apple discovered material issues in the card’s titanium design: The clean, white surface of the titanium card scuffs easily. Apple has since updated the card’s support page to include care instructions. Users are encouraged not to put the card in contact with loose change, keys or other hard materials. And denim and leather are listed as fabrics to avoid, as they could cause permanent discoloration that “will not wash off.” With most wallets made of leather and denim a popular wardrobe option, it will be interesting to see if Apple takes the card’s fragility into future consideration, perhaps producing a more durable Apple Card 2.0 that users can stow in their wallets.

The release of the new Apple Card puts more than just Apple’s reputation on the line — it is also the first credit card for Goldman Sachs. Whether examined from a financial profile angle or a manufacturing standpoint, Apple was smart to take it slow  — it’s easier to pull back a few cards rather than a million active accounts.