The Blockchain of Everything 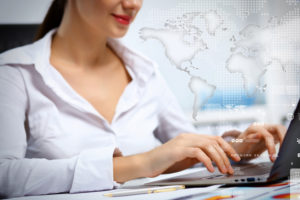 By: Franco Zaro – Director of Business Development and Sales Support

As a good Chilean, I’m a huge fan of football (soccer in American) and I remember the 2014 World Cup in Brazil, it was the year of the Selfie. During Russia’s World Cup in 2018, it was the year of streaming which allowed us to be connected in real-time with the players by following them on Instagram or YouTube. Now the question is….what will be the trending topic during the Qatar 2022 World Cup?  After our great experience at the IoT Tech Expo in Silicon Valley, USA in November 2018 interacting with the most innovative industry players, our conclusion and the most likely answer to this questions is the ‘Blockchain of Everything’!

Blockchain was created to support Cryptocurrency which at the time was created as a response to a bank crisis and a general distrust of banks back in the 90’s. But today thanks to technology, Blockchain can be securely applied to not only money transactions but anything that requires more than one single interaction.

What is the secret? Decentralizing and integrating.

Let’s use a bank as an example:

Traditionally a bank is an extremely centralized network in which the bank is the ledger where all our money and transactions are processed, controlled and approved by a single entity.  On the other hand, Bitcoin or Cryptocurrency providers use a decentralized model called Blockchain which allows us to have as many copies of this ledger as we want and integrate as many systems or other ledgers as we can through a peer-to-peer network. Each individual transaction is timestamped and recorded in a Blockchain and its evidence is replicated across an entire network of ledgers.

Since every transaction can be anonymous, it provides a complete and seamless track that allows a very secure and private process. In summary, you get the security of a trusted and reputable bank but the freedom and much better rates of a very simple organization. But before Bitcoin can cause a massive, mainstream disruption, there are still many regulations in place that need to be addressed.

Blockchain isn’t just a technology for the financial industry. It has numerous applications for other industries that can revolutionize the way we do business.

For example, imagine you are hiring a moving truck:

As you can see, this same philosophy can be applied to several industries, connecting providers, producers and consumers in the same real-time, secure, trusted, and reliable network.

At Valid, we have the technology to integrate our IoT solutions and services to any Blockchain-based network supporting agriculture, communications, finance, transportation, mining and many other industries, giving us the ability to contribute to a more connected and decentralized world.